SOME THOUGHTS ON PET LOSS AND GRIEF

On the extreme southeast corner of the island of Aruba, there is a wind-swept patch of grass and vine covered sand dunes, about an acre in size, known simply as The Animal Cemetery. It is here on this beautiful little plot of oceanside beach that loving pet owners who live on this happy island come to lay to eternal rest their cherished pets. Inscribed on the hundreds of simple wooden crosses and grave markers are names like Ladre, Touckey, Erica, Fiel, Dun Dun, and Argento; on many of these markers, written in either Papiamento (the local language of the island of Aruba) or Dutch, is a grieving owner’s last good-bye to their departed friends. Tenderly placed at the base of most markers is a pet’s favorite toy or simple bouquet of plastic flowers.

On one of the highest promontories within the ancient walls of Scotland’s Edinburgh Castle, in a position of high honor, lie the remains, from over the last five centuries, of British military unit’s mascots, both dogs and cats, who had distinguished themselves or had fallen in battle during their nation’s seemingly endless wars or military campaigns.

In a book of Greek literature on my library shelf is a poem written in 400 B.C. by an unknown author:
Stranger by the roadside, do not smile
When you see this grave, though it is only a dog’s.
My master wept when I died, and his own hand
Laid me in earth and wrote these lines on my tomb.

In an old National Geographic (and I’m sorry I don’t know which one; I had torn out the picture so I wouldn’t lose it, but did so anyway) there was a photograph of a ten thousand year old dog burial sight located somewhere in southern Europe. Careful excavation by archeologist revealed that the dog had been tenderly placed into the ground with flowers, food, and a few wooden objects, probably his or her favorite toys.

As the above four examples illustrate, the expression of grief at the loss of one’s treasured pet is as boundless and universal, in both time and space, as that of the anguish suffered for the loss of a fellow human being. Just from what I’ve seen regarding the heartache of pet loss in my veterinary practice alone would take me weeks to describe. This sense of grief has always greatly moved me and I often ponder the subject during moments of quiet reflection.

Books I’ve read on pet loss have one, or both, of the following explanations for this intense feeling we experience when a pet dies. The first says, that in a span of fifteen or so years (barring any accidents), we watch our dog or cat grow from infancy to adulthood to old age. And then, it seems that at the moment we finally get to really know them, they’re taken away from us. A second reason we feel such loss is that our pet’s love for us is absolute and totally non-judgmental; they love us if we’re happy, and they love us if we’re miserable. I’ve often heard it said our pets have all of the qualities we all wish we could find in our best friends.

These are good reasons, but I think the answer is far, far, deeper. I personally feel that because our cats or dogs can’t communicate with us in precise words like our fellow humans can, we must then ‘talk’ to them on a different level. We’re forced to pay closer attention to each other and be especially sensitive to the subtle details: facial expressions, body language, behaviors, etc. We almost have to be able to read each others minds. Without sounding too New Age-like, I think it is because of this deeper level of communication, that we grieve so when a beloved pet dies. For an all too short period of time, we establish such a powerful cosmic connection with one another, that when this bond is broken by death, a large part of us dies as well. 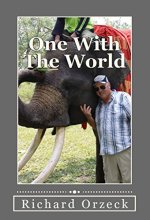